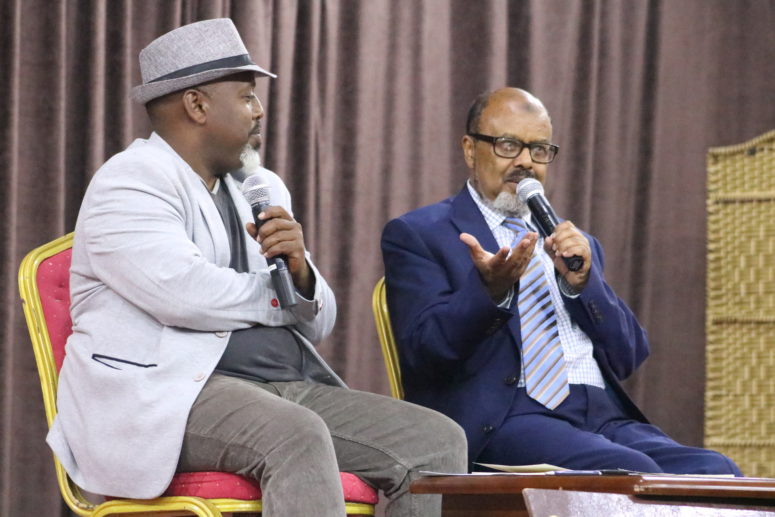 February 21 st is a day devoted to celebrating mother tongue all around the world. Therefore, we also arrange an event at Hargeisa Cultural Centre each year to come together and talk about the importance of Mother tongue and the role it plays in our identity. 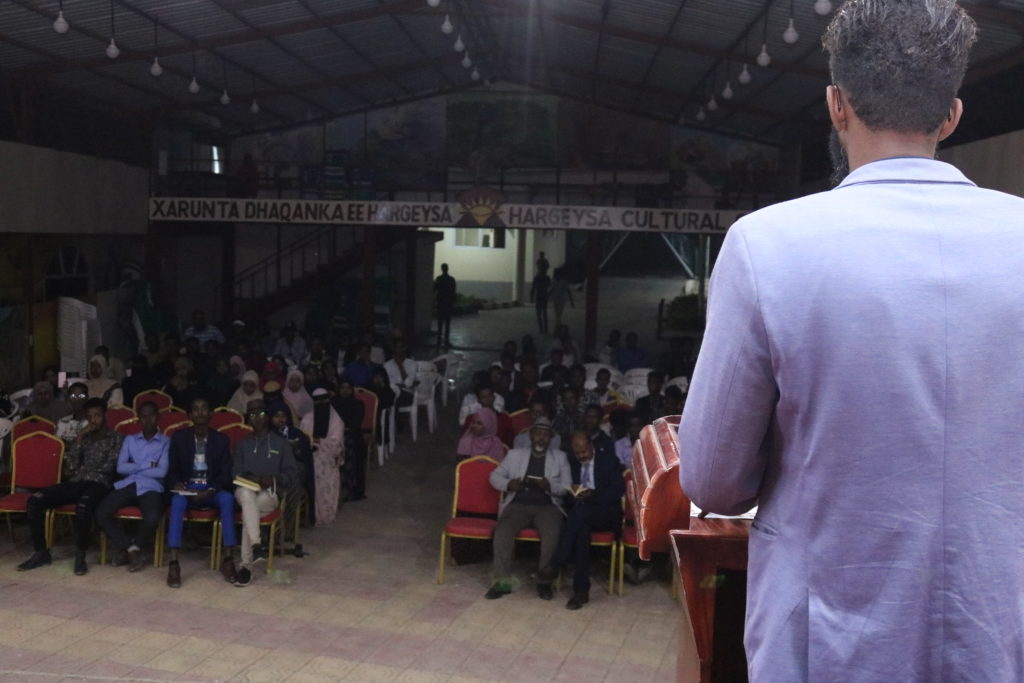 Ismaaciil C Ubax, the project manager at Hargeisa Cultural Centre was leading the first part of this event giving the audience a brief background about how this day became significant. Bangladesh fought for recognition for the Bangla language in February 21 st 1948. Pakistan who was separated into east and west had fought after the government of Pakistan declared that the sole language of Pakistan will be Urdu which upset the east. The
east had more population than the west so they argued that Bangla must be the sole language as well. A civil war broke out as a result. Since it was a tragic event inspired by the recognition of mother tongue, February 21 st became the international language day. UNESCO also officially announced it in November 17 th 1999.
Mawlid Adan Biixi began this event with speaking about the richness of the
Somali language. He took examples of words that have multiple meanings and that can be used in different contexts. He also mentioned how there are names for certain things and sub-names as well because our language is rich. An example of such things is Waran. Waran is Spear in Somali but it also has other sub-names such as Hooto, Eello, Xalaash, Qaash and Garmaqaate. Maliid continued taking more examples and tracing back to the original meanings of some Somali words.
Awale Ismail Saleban was our second guest speaker who prepared a poem
for this occasion. The poem was about education and the doors it opens for
people. His poem inspired learning and that included learning our mother
language also.
Dr. Jama Musse led the second part of the event calling Mr. Saed Jama on stage. Mr. Saed is a creative writing teacher and has written many short stories as well.
He shared some of his stories as a motivation for everybody and to also show his contribution to the Somali language. Mr. Saed concluded his speech by saying “We are the only ones who can uplift our mother language and give meaning to it”

The last part of the event was dedicated to Mr. Mohamoud Sheikh Ahmed
Dalmar’s book Irdho.The book metaphorically tells a story about the Somali
language migrating to London. The Somali language screams and shouts for help. It seeks asylum saying that Somali people are here and it followed them therefore wants to be granted asylum so it can stay and live in London.
Overall, this event was successful; there was also a singer who sang a few Somali songs. All the guest speakers presented something important and special for this mother tongue occasion. The purpose of it was to honor our mother tongue and inspire the youth to value it so the upcoming generations will also continue
strengthening it. 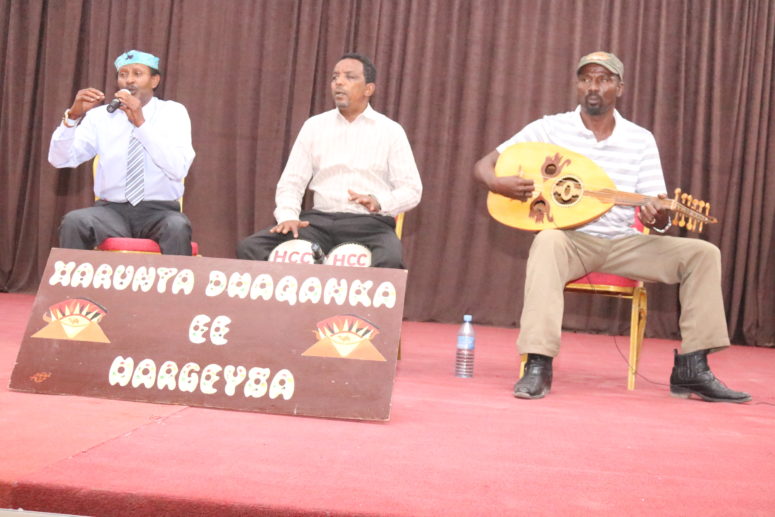