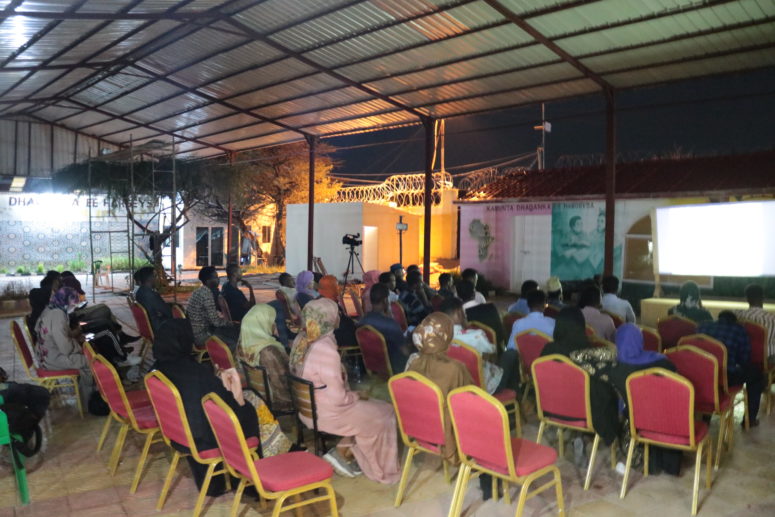 ‘The Africans: A Triple Heritage’ By Dr. Ali Mazrui

With the start of the Independence Day celebration for many nations in Africa, June shines up as a month of wish come true for many African countries specially for the Horn of Africa with Somaliland being the first to get its independence on 26th of June from its British protectorate status. Hence, what perfect timing will there be to talk about the issue of independence, indigenous knowledge and identity of Africans than this month even though the quest for answer seems a vicious circle with more than a finger count can do to answer it.  Who is an African? Where are African indigenous knowledge and wisdoms? Where does Africa fit in the ever-changing global system? Many more “where” “what” “Who” and “How” for Africa and Africanness are questions been in search for answer as long as the age of the organization of the continental union which has its foundation on the dreams of the early Pan-African advocates which include leaders such as Haile Selassie, Julius Nyerere, Ahmed Sékou Touré, Kwame Nkrumah, Thomas Sankara and Muammar Gaddafi, grassroots organizers such as Marcus Garvey and Malcolm X, academics such as W. E. B.

Did we get the answers? Not yet even closer in spite of all the changes such as a name and amended vision for Organization of African Unity (OAU) to Africa Union (AU) along with the current initiatives such as African Solutions for African Problems (AFSol), establishment of Panel of The Wise (PoW) as one of the five pillars for AU and its regional organization, nothing yet seem to give a resting point for the quests. The number of people asking “do we even need to define Africanness at this day while aspiring for global citizenry?”  to “What does the African Solutions for Africans Problem really stand for?”  with the inseparable mix of the western and other cultures thanks to the globalization which has a tilted field structure that slides and roll down western norms more on Africans than the things it dropped on the west for countless reasons.

These were the foundations for our Documentary screening of June “The Africans; a Triple Heritage by Dr. Ali Mazrui that guided our academic discussion for the Academic Dialog in Hargeisa session. The Africans: A Triple Heritage is a documentary history, written and narrated by Dr. Ali Mazrui in the early 1980s and jointly produced by the BBC and the Public Broadcasting Service (WETA, Washington) in association with the Nigerian Television Authority. The film series premiered in 1986 on BBC and controversially on local PBS stations throughout the United States. The documentary has a central argument and narration that the triple heritage of Africans is a product resulting from three major influences: (1) an indigenous heritage borne out of time and climate change; (2) the heritage of Eurocentric capitalism forced on Africans by European colonialism; and (3) the spread of Islam by both jihad and evangelism. The negative effects of this history have yet to be addressed by independent African leaders, while the West has tended to regard Africa as recipient rather than as transmitter of effects. Yet Africa has transformed both Europe and America in the past, Mazrui points out, and the difficult situation in which Africa finds itself today (economically dependent, culturally mixed, and politically unstable) is the price it has had to pay for Western development. The series was in nine parts even though the documentary has summarized in a precise manner which are 1. The Nature of a Continent 2. A Legacy of Lifestyles 3. New Gods 4. Tools of Exploitation 5. New Conflicts 6. In Search of Stability 7. A Garden of Eden in Decay 8. A Clash of Cultures 9. Global Africa.

Using the documentary as entry point discussions were directed towards  many point of interest as it touched up on a multilayered issues overthought the highly voiced issue was the state structure of Somaliland where by the indigenous knowledge of conflict resolution through the elders which now is a constitutionalized part of the state structure making the upper house of the parliament named as Guurti in parallel  with the multiparty western democratic system to create the Hybrid government system of Somaliland. Questions and reflections were how much effective this has been and what are the challenges it is creating for the fundamental principles of rule of law, separation of power and accountability among many others. Participant were firm on the fact that these layers of rule and regulations that are reflection of the triple heritage Dr. Mizuri was talking about are a real reflection of the situation in Somaliland now as the Islamic rule, the western rule and the indigenous justice system all are in place hard to say having an effective marriage and are serving the best interest of the community specially the youth and women who are significant part of the society.

Stepping out of the government structure arguments, discussion was also towards even on self-depiction of a Somalilander by proxy any African who has to deal with the same issue due to the colonial legacy, the globalization system and the wish to stay loyal to the cultures and norms of the indigenous founding fathers of the African nations. How do we dress? what language we speak? and what shapes our moral value? are questions that became pandora box than gained a solution in our interesting discussion of the documentary screening.

Of course, it would be an over ambition to address these questions which have been with us for more than 50 years celebrating their power for confusion and remain a question with unpreventable changes just like the years of independence days marked by independent days of nations in the continent. Will it have answer any time soon? we leave it as a question knowing many will keep on asking themselves and use it as a critical mirror to evaluate the changes happening around them until our next socially significant documentary screening of July.

Doing research: a workshop on research approaches and methods