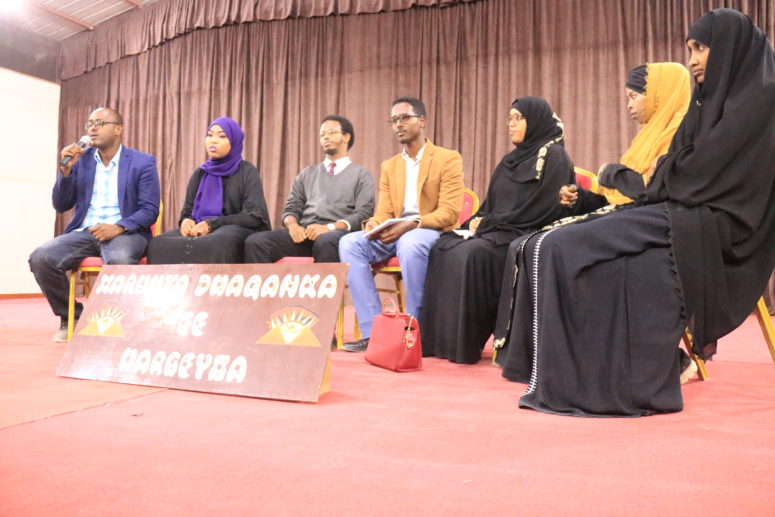 On Tuesday night 7:45pm February 19 th, an event held at Hargeysa Cultural Centre assembled a group of professionals who discussed Adolescent Health in Somaliland. This event took place with the help of joined young activists, different organization workers, health professionals and government officials. They spoke about how different factors such as income and education affect Adolescent Health and how they are interdependent on each other.
The event was not held only to inspire Somaliland youth to seek medical help when needed but also to highlight the lack of medical check-ups and counselling that are accessible for the youth.
The guest speakers also touched on the importance of staying healthy and preventing diseases in the first place. Mohamed Dhamac, a member of Sonyo said “a common disease which is prevalent among youth globally is HIV/AIDS and a good way we have always prevented it is marriage”.Other guest speakers also suggested effective ways of avoiding or living with other
types of diseases.
Abdiqani Abdillahi spoke about the adolescence period and the various health related issues that are commonly observed at that this stage of human growth. Important worth mentioning here, is the need to seek out professional health help which, as Abdiqani pointed out, will be disastrous if not taken seriously. The discussion then took another turn with Mohamed
Dhamac, discussing the importance of maintaining a healthy youth and how it’s of immense importance to have a healthy youth as it will lead to healthy community as rightly pointed out by Dhamac.
Our third speaker was Dr. Hamda Abdirahman, a Psychologist and a lecturer who spoke about the mental health of youth. The message she was sending is that, young people want to be heard. Because traditionally we (Somalis) do not consider children’s opinion that much which as a result can cause them to mentally suffer. She suggested that we talk to
children about their opinion and personal problems so they won’t get depressed and end up becoming mentally ill which can actually cause them taking their own lives. Poverty and healthcare was another major issue touched upon in the event and Dr. Barkhad Hussein brilliantly explained the relationship between poverty and healthcare accessibility and he shared a touching story about a young boy who suffered from diabetes. He told us the boy’s journey from middle school to university and the obstacles
he faced on the way. What was deeply sad about this story is the fact that the young boy struggled to pay for his medication and even taking them while in school. “Double 2 Burden” is the term he used to describe the boy’s situation. Dr. Barkhad said, “This is how I will transmit my message, and it is for you to get the point out of it.”

– Dr. Mariam spoke last before the discussion group. Mariam asked the audience “where
do you go when you need medical help?” Then she explored different options people
normally have and what they do instead. Dr. Mariam highly recommended people to go
to pharmacies or hospitals and seek counselors to maintain a good health. The event was
concluded with engagement and thoughts by the audience whose discussions centered
around;

a) The fact that Somaliland Youth doesn’t have a special healthcare system and
b) people/ government’s perspective of youth and the Psychology of adolescence.
The main idea behind this event was for people to hear and learn from each other then spread their ideas to the community especially to those it concerns. They concluded that Adolescent health needs special attention and raising public awareness of the issue. Achieving this would also improve not only youth’s well being but the economy and education of Somaliland. 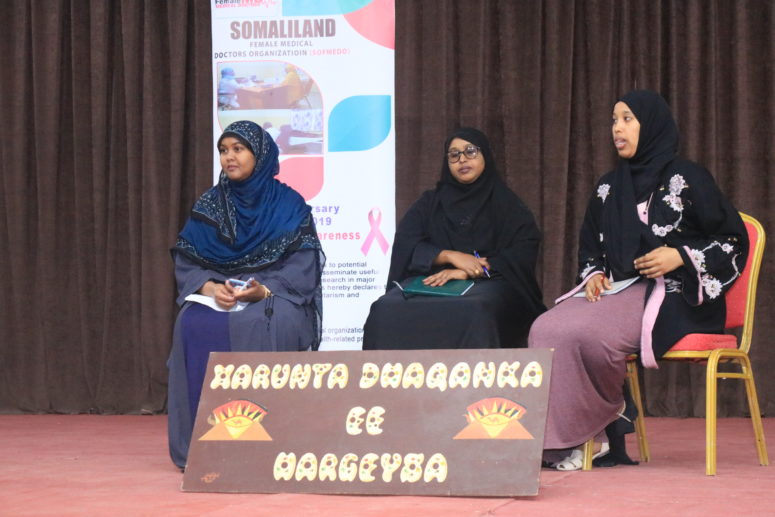