Is the nationality of a Somaliland’s citizen Somalilander or Somali? 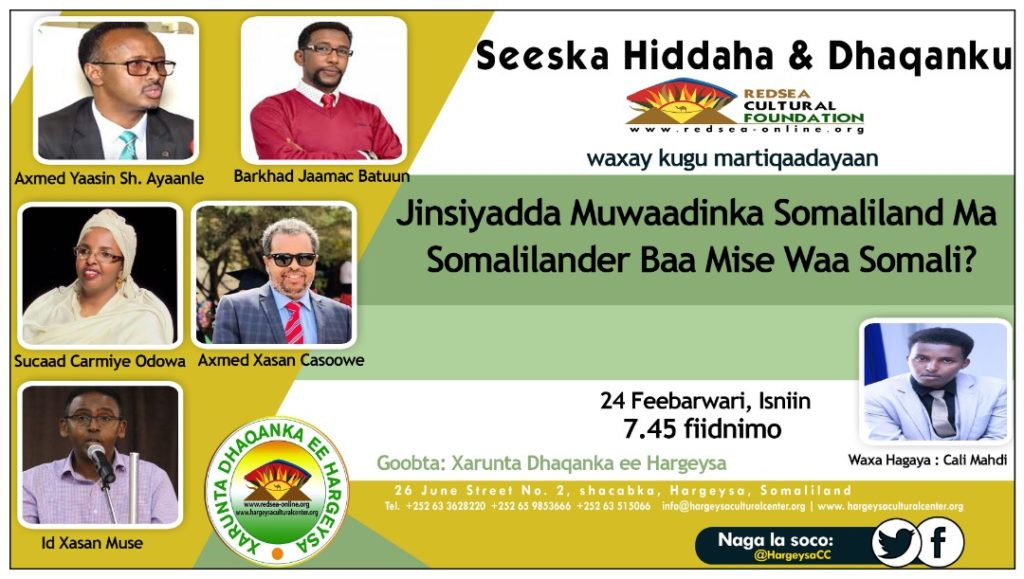 This is the title of a public debate that will take place tomorrow evening, 24th February, at 7.45, at the Hargeysa Cultural Centre.

After almost 29 years of independence, many people in Somaliland are unable to differentiate their national identity from their ethnicity as Somali.  This debate is to increase awareness among the Somalilanders about the crucial role that national identity plays in building commonalities and unity as well as diminishing differences and clannism within a nation’s state.